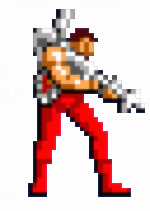 There aren't too many people who will agree with me, but I think the Master System conversion of Alien Storm is actually pretty decent. All of the important stuff is present and correct. The fun "3D" shooting stages and speedy side scrolling shoot-em-up sections are here (my favourite parts of the game). And most importantly, the grotesque monsters from the arcade seem to have made the transition intact too, albeit when shrunken down to 8-bits, they lose a little of their stomach churning impact in the process.

Unfortunately, as is typical of these 8-bit conversions, some things didn't make it. Predictably there's no two player mode, which is par for the course as far as Master System Beat ‘Em Ups are concerned. But in this case it isn't necessarily for the worst. The Mega Drive port has a horribly unfair Co-op mode, forcing you to share credits with the other player. If your companion is a less than stellar "Alien Buster", you can expect a very prompt game over.

Karla, the shameless Ellen Ripley stand in (and my usual go to character) sadly also gets the chop. It's not all bad, however, because unlike Golden Axe there are at least two characters for us to choose from. Or there would be, because only one character is really worth choosing to play as. Scooter is frankly a bit useless (It may just be me, but I can't seem to use his whip accurately). Then again, if you can only keep two characters, keep ray-gun toting Shakin' Stevens and the electric whip-cracking robot. Definitely-not-Ellen-Ripley-please-don't-sue-us had to go. 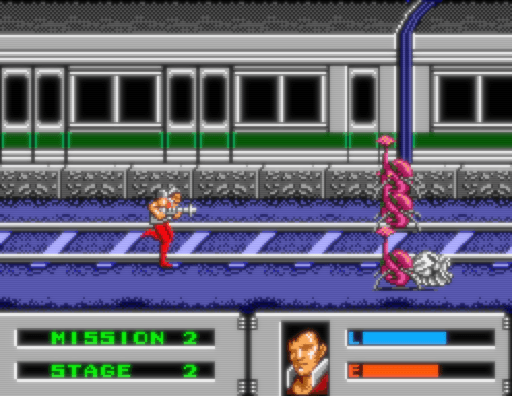 It may be a distant third behind Streets of Rage and Golden Axe in terms of the best brawlers for the system (Double Dragon gets a thumbs down from me) but it still provides some mindless fun regardless. Like most 16-bit conversions, it suffers in comparison with the more advanced Mega Drive release, but it should be remembered that these games were never really for people who owned a Mega Drive. They represent Sega's attempt to offer their 8-bit gamers a chance to play a version of their biggest 16-bit hits and for the most part, they don't fall too short of the mark. With emulators and compilations we may be spoiled for choice now, but back in the day, if all you had was a Master System and you wanted to play Alien Storm at home, this was your one and only option. 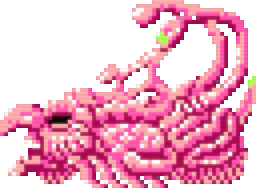 That said, there's something I really enjoy about Alien Storm. It's more a B-grade trashy cult classic than one of the all time greats, but I get a kick out of it all the same. Unless you're a curiosity seeker or have a soft spot for the old SMS like I do, most people should probably stick with the arcade original or the better Mega Drive conversion (definitely on my top ten list for that system). 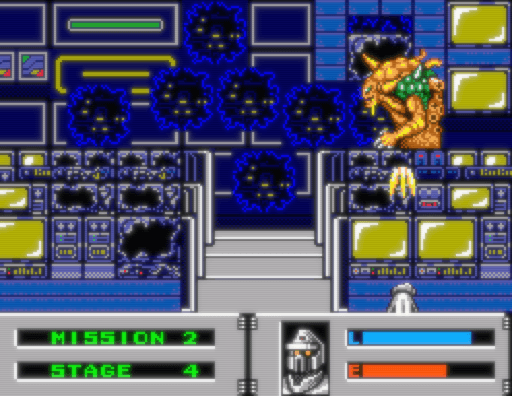