It's hard to say which game pushed the Master System to its absolute limits, but Galaxy Force has to be among the contenders. Of all the super scaler conversions, it is certainly the most accomplished. For an 8-bit game, the graphics are simply jaw dropping. Screenshots don't do the game justice, it must be seen in motion to be fully appreciated. Sure, there's the expected choppiness and slowdown, but the game throws asteroids, meteors, whirlwinds, jets of lava and a myriad of spaceships into the mix, yet still manages to maintain a decent frame rate, even on an unmodified PAL machine. For speed, it leaves poor old Space Harrier in the dust. 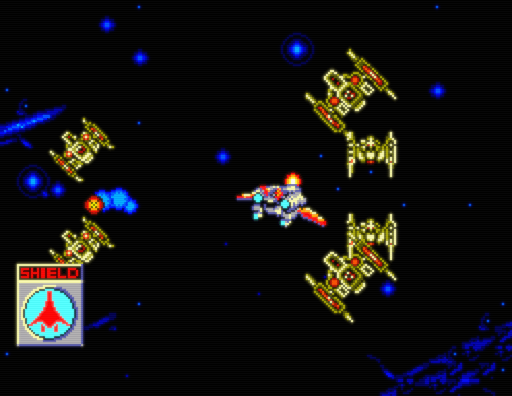 My only criticism? At only five levels long, it's far too short. And once you figure out how to navigate the tricky maze section at the end of each level, it's not too difficult to beat. Succeed and you'll be treated to a brief congratulatory text screen and a credit roll featuring digitized photos of the Sega staff responsible for porting the game (which is a nice little finishing touch). There's not a great deal of replayablilty on offer here, but it's a good game to have in your collection for a quick blast of arcade fun. And like similar games of its ilk, it's awesome to see what the Master System can do when made to work for a living.

Sega might like you to think that the Mega Drive played host to a "sequel" of sorts, but don't be fooled. It's really just the same game with a "II" slapped on the end of it to differentiate it from the Master System version. Needless to say, it's better than the Master System conversion in all respects.

PROTIP: In the maze, when the directional warning flashes up on screen, move your ship close to that side of the screen in anticipation. Measured tapping of the D-pad offers the best control in those sharp corners. If you die once, I recommend you start the game over (unless you are aiming to see the bad ending).

BONUS FEATURE: Despite not receiving a Japanese release, Galaxy Force may be the last compatible game ever to be released for the Mark III FM Unit. 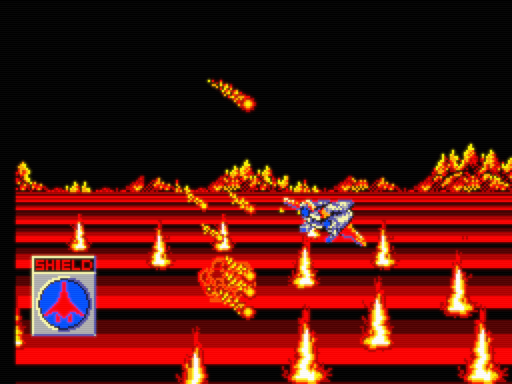