Now we're getting to the good stuff. Believe it or not, Sonic's initial 8-bit outing was my very first encounter with everyone's favourite unnaturally hued hedgehog. The game came included with my Master System II, hastily stuffed inside the box with a manual (but no clam-shell case), almost as if Sonic's inclusion had been an afterthought. Someone at Sega must have realised that if their new mascot could sell Mega Drives like hotcakes, then he could do just the same for their ageing 8-bit platform.

Sega gave Yuzo Koshiro's family firm Ancient the curious task of translating a cutting-edge game based on the thrill of speed to a more sedate pace a wheezy old 8-bit machine could muster. In other words, how do you make a Sonic game "work" when you've broken his legs?

The answer, it would seem, is to program an almost entirely new experience from the ground up. Yes, a few familiar (yet redesigned) zones and most of Robotnik's badniks make a reappearance, but make no mistake, this is an almost entirely new game. With speed more or less out of the equation, a greater emphasis is put on careful level design, tricky platforming and a little helping of extra exploration. There are three new Zones unique to the game (Bridge, Jungle and Skybase) and while Special stages still exist, you won't find any Chaos Emeralds hidden here. These springy, pinball-esque stages serve as a means to collect extra lives and continues to help you on your way. Instead, the emeralds are secreted away somewhere in an Act of each Zone and it's up to you to find them. It's an intriguingly different approach to the series and one that I'd wished Sega had continued with. 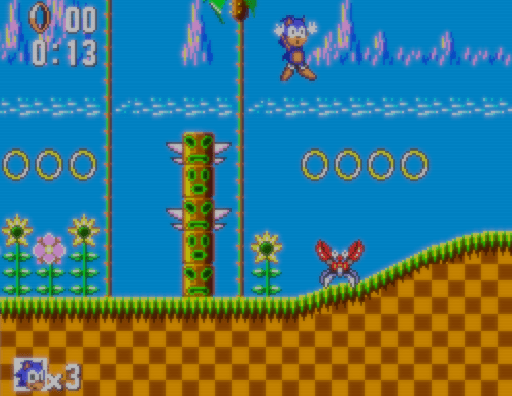 The graphics are top notch; bold, colourful, well-drawn (but rather small!) and among the best for the console. Yuzo Koshiro is also on top form, showing his true mastery of the Master System & Game Gear's relatively weak sound chip, with compositions as good as anything to be found in the mascot's more celebrated Mega Drive outings. Ancient really did a great work here and it's hard to understand why Sega didn't reward them with more Sonic games to make in the future. Perhaps they were simply too busy working on Streets of Rage II?

But alas, the reigns to later efforts on the Master System would be handed over to Aspect, who seemed more focused on bringing the 8-bit series closer in line with their Mega Drive counterparts. This was a real shame, because Ancient's first attempt at converting Sonic to 8-bits would remain his finest hour. While still worth a look, no subsequent game in the series would come close to realising the same level of quality.

Sonic's 8-bit adventures get little attention and least of all much respect, but their legacy is still with us to this day. The Sky Base Zone showdown with Dr Robotnik at the climax of Sonic The Hedgehog is an enduring staple of any Sonic game. 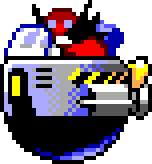 Likewise, Sonic 2 for the 8-bits is where series mainstay Tails first made his debut (though not, it should be noted, as a playable character) and would be the first place anyone would hear Sonic CD's opening theme tune "You Can Do Anything" (aka, "Toot Toot Sonic Warrior"). So whatever you might think with regards to their quality, they've certainly made their mark on Sonic history. For me at least, Sonic The Hedgehog remains my favourite Sonic game. And I don't think that's just the nostalgia talking... 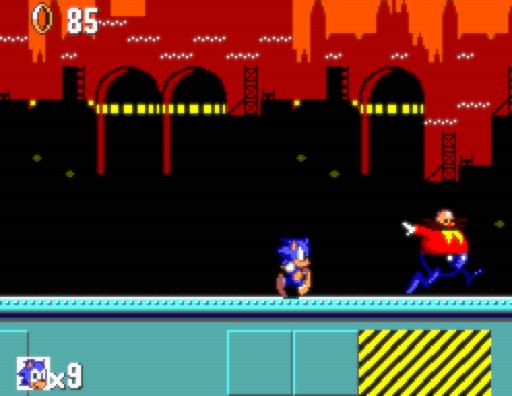