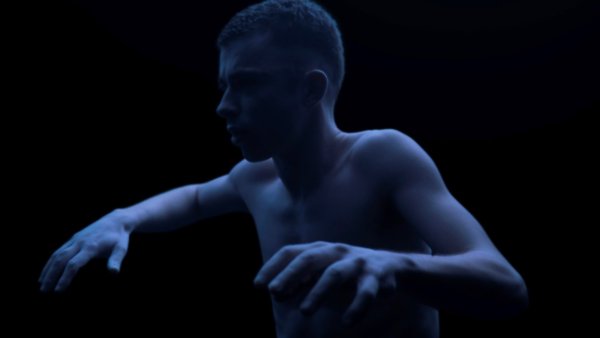 I wasn't entirely sure Under the Skin belonged in my list of recommended horror films because in truth, it's really more a sci-fi than a horror. That being said, the science fiction and horror genres have been strange bedfellows ever since Mary Shelley published Frankenstein back in 1818, so perhaps it really does belong here after all.

Besides, it's creepy, disturbing and the initial premise of the film is not dissimilar to the blueprint of many a horror movie, as you will soon discover.

To be honest, Under the Skin is a tricky film to write about. We know almost nothing about our alien protagonist (antagonist?) or her mysterious yet sinister motorcyclist companion. What is their purpose for visiting earth? It's not clear. And what scant dialogue there is throughout the film does little to shed any light. Under The Skin is definitely from the show don't tell school of film-making. Like any good sci-fi it has something to say about the human condition, but ambiguity is definitely the order of the day and it's up to us to infer what meaning we can.

The story begins with our two aliens in the back of a van with an unconscious woman. The "female" alien (or at least the alien that has taken a female humanoid form) has just stolen the clothing and identity of the woman. The aliens then part company and we follow the female alien as she stalks the streets of Glasgow searching for male victims (See! I told you it was a little bit like a horror). Because the alien's an attractive young lady (played here by Scarlett Johansson) she doesn't have a great deal of difficulty finding willing male victims to follow her back to a dilapidated old tenement building. They both undress and she subsumes her victim into a strange void of thick black goo. My best guess? Maybe it's some kind of cryo-fluid for an inter-dimensional larder? Perhaps it's explained in the book. In any case, I'm fairly certain that whatever's going on, it's not exactly what her victim had in mind.

To sum up the rest of the plot in nutshell, the more our alien comes to interact with us humans, the greater her temptation becomes to go "native", with predictably tragic results. Because let's be honest with ourselves, any sentient alien (predatory or otherwise) would be wise not to visit our planet. We are a dangerous species.

There's a brooding, oppressive, melancholic atmosphere running throughout the film's cinematography (which is presumably why the film-makers chose to shoot in Glasgow) but that's not to say the visuals don't have a gloomy sort of beauty to them. It's a film more about provoking emotion in the viewer and less to do with exploring narrative in the traditional sense. It won't be everyone's cup of tea, but it's haunting and the feelings that surface after watching it may stay with you for days. Like all of the best sci-fi and horror, it will unsettle you. Make you feel uncomfortable to be human.

There's no gore in this film, but I should warn you, there are some very strong and disturbing scenes of violence. One scene at the end of the film is particularly harrowing.